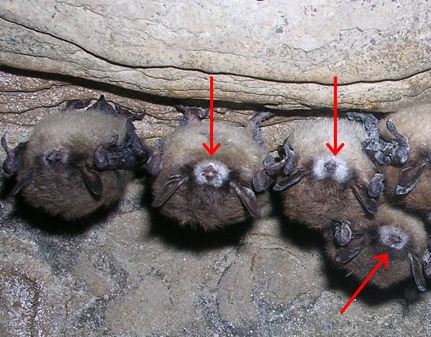 Within the past year, the DNR has found that the White-Nose Syndrome is affecting the population of bats in Michigan. This is a disease that strikes during hibernation season (winter). It is named after a white fungus that sometimes grows on the nuzzle of the infected bat.

Tippy Dam, in Manistee County, is one of Michigan’s most important hibernacula (bat wintering sites). Manistee area is seeing big changes in the long-eared bat population due to this disease.

Sally Barber from the Traverse City Record Eagle wrote: "A team of researchers from Eastern Michigan University conducted a survey of long-eared bats at Sleeping Bear Dunes National Lakeshore in 2015. They monitored 27 sites located throughout the park during 51 nights. Researchers identified 230 bats, but not a single long-eared bat was among the count."

Please take care to avoid live bats and call a professional to remove them to reduce your exposure to diseases such as WNS and rabies. If you find a dead bat, do not touch directly to the skin. Instead, use a gloved hand. It is best to contact a DNR Licensed agent such as Varmint Evictors to remove live and/or dead bats. The agents can also inspect your property to see if there are more bats present and remove them.