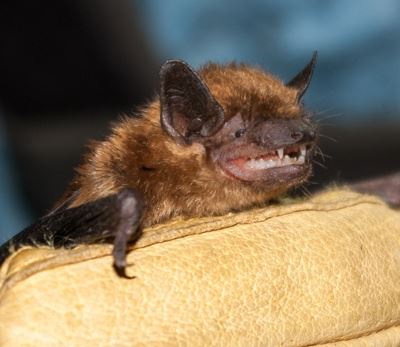 Some people think bats are scary and some think the fuzzy night creatures are cute. Though opinions vary about these unique mammals, most would agree that they are quite interesting. Here are 5 interesting bat facts for you to get to know more about them.

1.  Bats are the only mammals capable of true flight.

With extremely elongated fingers and a wing membrane stretched between, the bat’s wing anatomically resembles the human hand. Almost 1,000 bat species can be found worldwide. In fact, bats make up a quarter of all mammal species on earth!

2.  A single little brown bat can eat up to 1000 mosquitoes in a single hour.

3.  Brown bats are also one of the world’s longest-lived mammals for its size, with life spans of almost 30 years.

Most bats live longer than most mammals of their size. The longest known lifespan of a bat in the wild is 30 years for a little brown bat.

4.  After hibernation in spring, females will form small groups and move to summer roosts where they bear and nurse their young.

Males and females typically spend the summers apart from one another. They come together again in early fall when courtship and mating are initiated. After mating, they’’ll stay over-winter in moderately sheltered habitats, including: caves, mine tunnels, and occasionally in hollow trees.

5.  Hundreds of Little Brown Bats are killed each year

Exterminators kill bats for taking roost in homes or other human dwellings. This is unnecessary, as sealing the point of entry after bats have left for the night is much cheaper, safe, and effective.